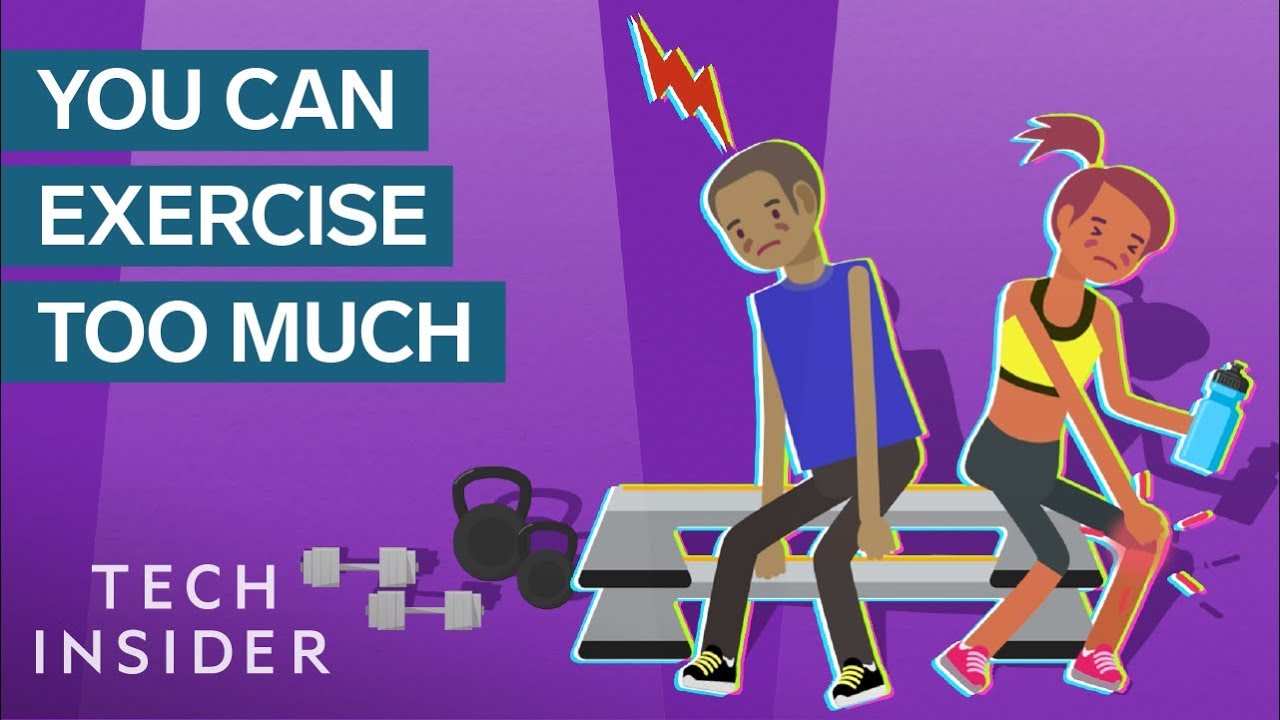 Tech Insider tells you all you need to know about tech: gadgets, how-to’s, gaming, science, digital culture, and more.

Following is the transcript of the video:

Exercising is supposed to be good for you. It can help you stay at a healthy weight, improve your cardiovascular health, and even ward off depression. But like most things, it’s possible to over-do it. And getting too much exercise can have serious consequences for your body and brain. So, what exactly is “too much” exercising?

Well, it depends on factors like your age, health, and choice of workouts. But in general, adults should get around 5 hours a week of moderate exercise or 2-and-a-half hours of more intense activity. Or some combination of the two. That’s according to the CDC. But research shows that going way above and beyond that doesn’t increase your health benefits.

One unsurprising study found that light to moderate runners had a lower risk of death than people who didn’t exercise. But, in a surprising turn, some people who ran at a faster pace for more than 3 times a week had a similar risk of dying as the non-runners. So running too much, and too intensely, seems to undo some of the health benefits gained from regular running.

Another study showed that women were less likely to have a heart attack or stroke, if they were physically active at least once a week. But that risk of heart attacks and strokes shot up for women who exercised strenuously every day. So, excessive exercise doesn’t provide more benefits than moderate exercise. And it could be more risky.

Women are at particular risk for what’s known as the “female athlete triad” that includes: loss of menstruation, osteoporosis or bone mineral loss and eating disorders. These symptoms usually arise from a combination of overexercise and calorie restriction.

For men, intense exercise has been shown to decrease libido. Possibly due to physical fatigue and lower testosterone levels. For both men and women, overexercise raises the risk of overuse injuries, like tendinitis and stress fractures. These injuries result from repetitive trauma. Your immune system can likewise suffer.

There’s up to a 72-hour “open window” of impaired immunity after intense exercise. This basically means viruses and bacteria might have an easier time invading and infecting the body. And athletes who overexercised also experienced more upper respiratory tract infections.

So, we know excessive exercise can wreak havoc on your body — particularly your heart, tendons, ligaments, and immune system. And for around 1 million people in the US, exercise addiction is wreaking havoc on their brains.

Symptoms of exercise addiction include withdrawal — that’s when you feel anxious or exhausted when you miss a workout. Or feeling a lack of control and unable to cut down on exercise. Even when you know it’s hurting you.

Now, it’s important to understand that you shouldn’t just give up on exercising. The key is to get the right amount.

So, feel free to go forth and run. Just not all the time.