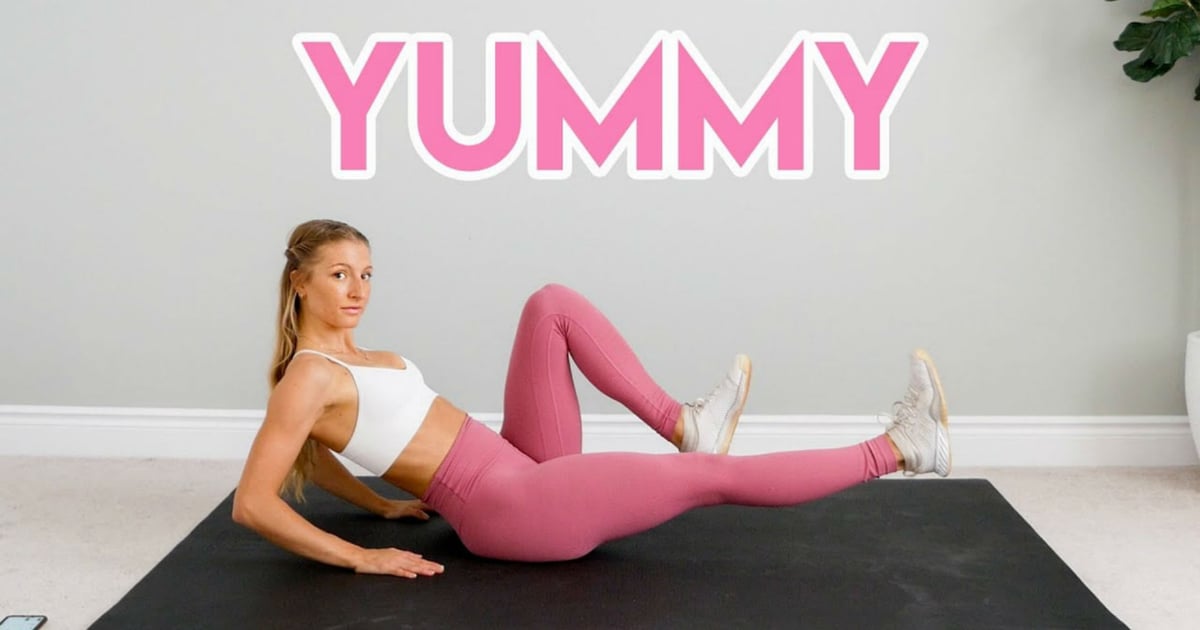 In case you haven’t heard Justin Bieber’s first single in over four years, it’s pretty yummy — and I’m not just saying that because that’s the title. It’s a delicious combo between silky tone and catchy beats that make you want to move. Sure, the lyrics (especially that “yummy-yum” chorus) don’t have too much depth to them, even if they are supposedly about his wife, Hailey, but it’s a jam that will get stuck in your head faster than you can say “Bieber fever.”

Fitness YouTuber Maddie Lymburner, who’s posted workouts to songs like “Sucker” and “Old Town Road” before, published a bodyweight ab routine set to “Yummy” just three days after the release of the music video. If you follow along, you’ll be doing slow and sped-up Russian twists with your feet on the ground, single-leg seated tuck-ups, modified side plank crunches, bicycles, and plank jacks interspersed with mountain climbers. The no-equipment exercises are timed to the music, and you can even replay the whole thing to get a longer workout in.

Maddie clearly is a fan — you can see her singing along midcrunch — and we dare you not to do the same! If you want more Justin, Maddie also choreographed an ab routine to Ed Sheeran’s “I Don’t Care,” on which the 25-year-old is featured. Have at it!