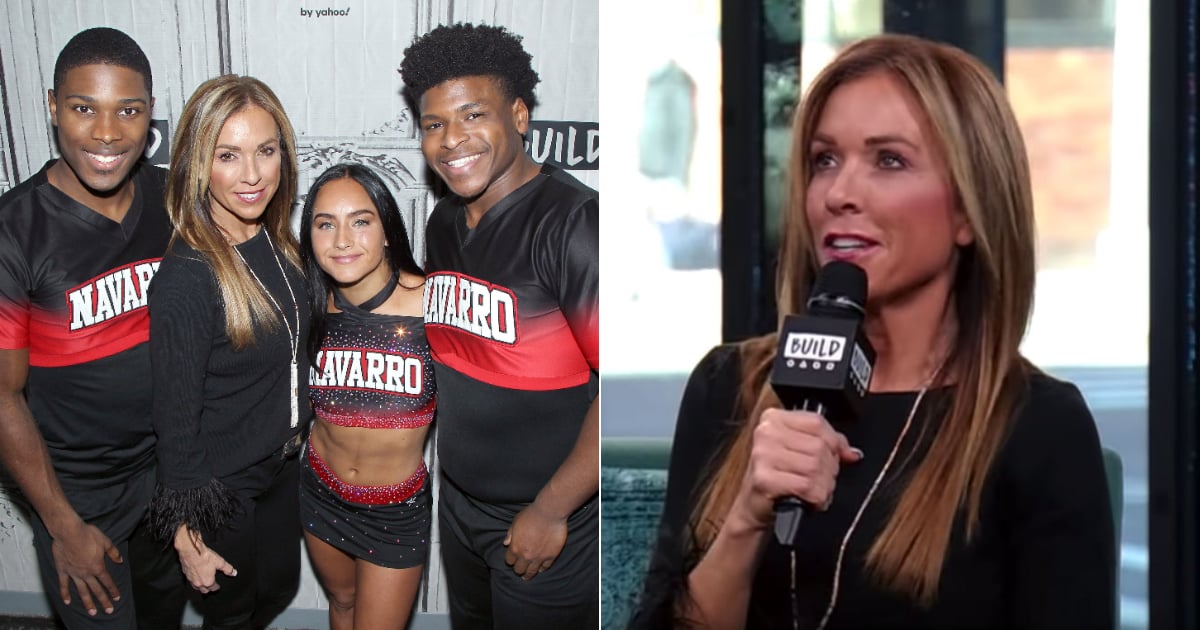 We already know that a number of our favorite Navarro College cheer squad members, documented on Netflix’s Cheer, have come back for another year of pom-poms and pyramids. Flyer Morgan Simianer, tumbler Lexi Brumback, stunter Jerry “Mat Talk” Harris, and stumbler La’Darius Marshall have all announced their returns — mainly because they missed home (and Navarro, to them, was just that).

Since the show’s debut, Navarro’s popularity has skyrocketed so much that even celebrities are sharing the love on social media and expressing their undying desire to join the fun and full-outs — looking at you, Simone Biles! The cast have done a slew of interviews and TV appearances, including The Ellen DeGeneres Show, and superstar coach Monica Aldama said recently on BUILD that they’re all trying to balance their newfound fame with cheer practice. That’s because, of course, cheerleading doesn’t stop despite the team’s press commitments; the 14-time national champions have another trip to Daytona in the Spring!

“It seems like ever since the show came out, every day there’s something new being thrown to us, so we’re just trying to navigate right now and get through it,” Monica shared, adding that they were extra prepared before their Christmas break to make up for any lost time. This year’s team, she noted, is still focused and grounded. They want to make sure they can take the opportunities presented to them but fly back in time for practice.

Watch the full BUILD interview above, in which Gabi Butler, La’Darius, and Jerry detail what they’re doing now, Monica speaks about the safety of her athletes, and the audience gets a chance to ask some questions. We can’t wait to see what Navarro has in store for their NCA National Cheerleading Championship routine this year (hopefully with a second season on Netflix, too). If it’s anything like the 2019 performance at Daytona, it’ll be high-flying and topnotch!