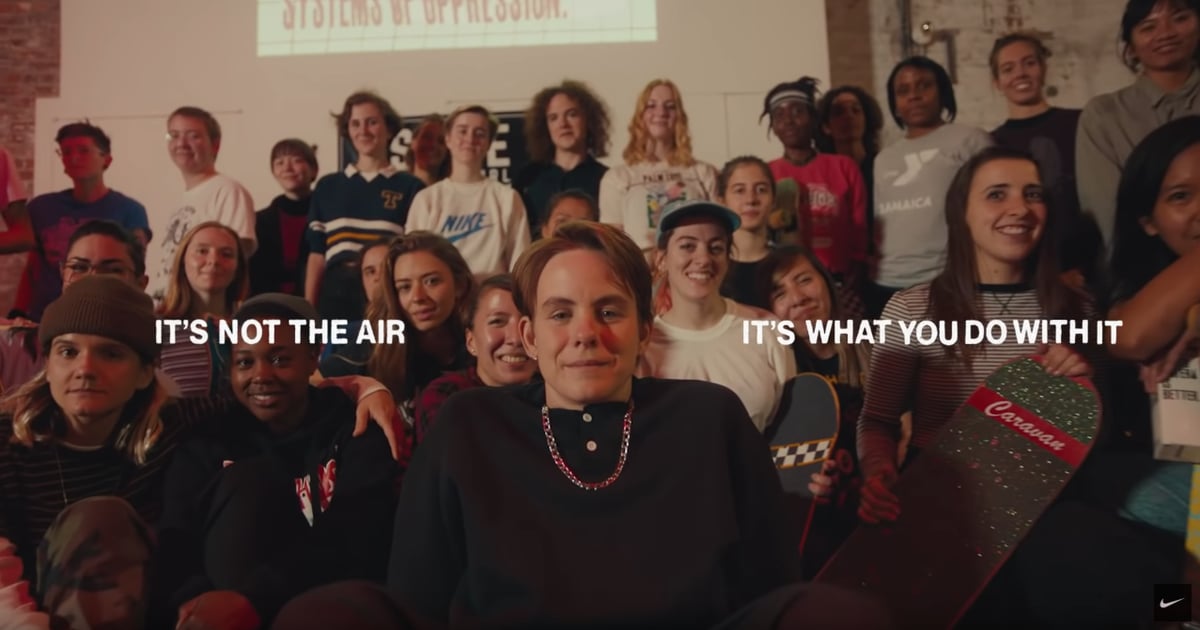 Leo Baker, a seven-time X Games medalist, a Tokyo 2020 Olympic hopeful, and the fifth-ranked street skateboarder in the world, is challenging the expectations of their sport by being exactly who they are. In a new Nike ad promoting their skate project for women, queer, transgender, and gender nonconforming people, Leo shares some of their journey, from experiences with foster care and homophobia to becoming a leader and activist in the skateboarding world. Their goal: to create an inclusive community and to show the power and joy that can come from being authentically yourself.

“I just want people to recognize how pure and sweet it really is, to be accepted for exactly who you are,” Leo says in the video, while acknowledging how challenging that can be. In skateboarding alone, “there are a lot of people who are still pretty homophobic,” says Leo, who identifies as queer and gender nonconforming. “Sometimes it’s just because they’re ignorant. They don’t know any better.” In an interview with Nike, Leo said that bucking those expectations led to their skate career almost evaporating. They struggled to find sponsorships because they “weren’t feminine enough.”

Leo’s powerful voice and inclusive endeavors, like the new NYC Skate Project featured in the video, are pushing for the end of that prejudice. They’re challenging skateboarding to become an inclusive and welcoming space for anyone who can pick up a board. “A majority of the time, women and queer people don’t feel safe in skate spaces,” Leo explains. “So we created our own.”