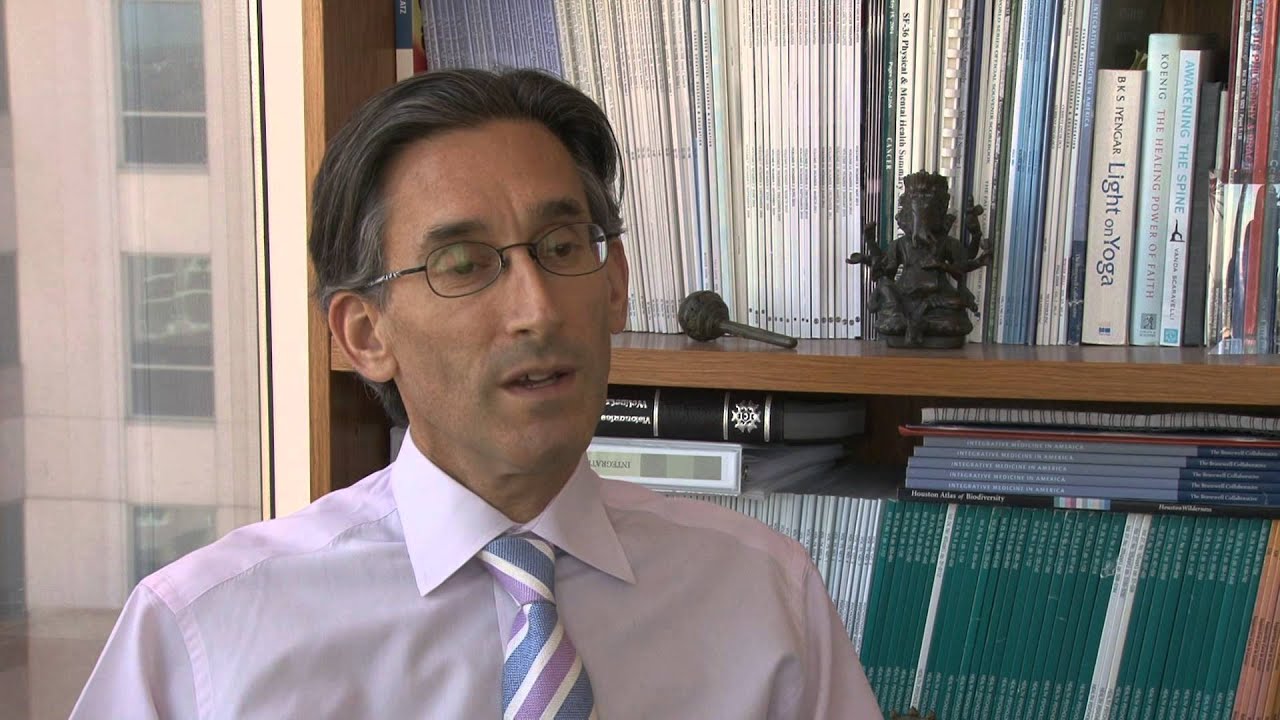 The preliminary findings were first reported in 2011 by Lorenzo Cohen, Ph.D., professor and director of the Integrative Medicine Program at MD Anderson, and are now published in the Journal of Clinical Oncology. This research is part of an ongoing effort to scientifically validate mind-body interventions in cancer patients and was conducted in collaboration with India’s largest yoga research institution, Swami Vivekananda Yoga Anusandhana Samsthana in Bangalore, India.

Researchers found that while simple stretching exercises counteracted fatigue, patients who participated in yoga exercises that incorporated controlled breathing, meditation and relaxation techniques into their treatment plan experienced improved ability to engage in their daily activities, better general health and better regulation of cortisol (stress hormone). Women in the yoga group were also better equipped to find meaning in the illness experience, which declined over time for the women in the other two groups.

The study also assessed, for the first time, yoga benefits in cancer patients by comparing their experience with patients in an active control group who integrated simple, generic stretching exercises into their lives.

“Combining mind and body practices that are part of yoga clearly have tremendous potential to help patients manage the psychosocial and physical difficulties associated with treatment and life after cancer, beyond the benefits of simple stretching,” said Cohen.

To conduct the study, 191 women with breast cancer (stage 0-3) were randomized to one of three groups: 1) yoga; 2) simple stretching; or 3) no instruction in yoga or stretching. Participants in the yoga and stretching groups attended sessions specifically tailored to breast cancer patients for one-hour, three days a week throughout their six weeks of radiation treatment.

Participants were asked to report on their quality of life, including levels of fatigue and depression, their daily functioning and a measure assessing ability to find meaning in the illness experience. Saliva samples were collected and electrocardiogram tests were administered at baseline, end of treatment, and at one, three and six months post-treatment.

Women who practiced yoga had the steepest decline in their cortisol levels across the day, indicating that yoga had the ability to help regulate this stress hormone. This is particularly important because higher stress hormone levels throughout the day, known as a blunted circadian cortisol rhythm, have been linked to worse outcomes in breast cancer.

Additionally, after completing radiation treatment, only the women in the yoga and stretching groups reported a reduction in fatigue. At one, three and six months after radiation therapy, women who practiced yoga during the treatment period reported greater benefits to physical functioning and general health. They were more likely to find life meaning from their cancer experience than the other groups.

“The transition from active therapy back to everyday life can be very stressful as patients no longer receive the same level of medical care and attention. Teaching patients a mind-body technique like yoga as a coping skill can make the transition less difficult.”

Through a grant from the National Cancer Institute, Cohen and his team are now conducting a Phase III clinical trial in women with breast cancer to further determine the mechanisms of yoga that lead to improvement in physical functioning, quality of life and biological outcomes during and after radiation treatment. A secondary aim of the trial, but one of great importance, stressed Cohen, is assessing cost efficiency analysis for the hospital, health care usage costs in general and examining work productivity of patients.

MD Anderson recognizes the growing body of research indicating that relaxation-based interventions can contribute to the well-being of people with cancer. Through the Integrative Medicine Program, complementary therapies, such as yoga, are offered at MD Anderson’s Integrative Medicine Center, and are used in concert with mainstream care to manage symptoms, relieve stress, enhance quality of life and improve outcomes for patients and their caregivers.