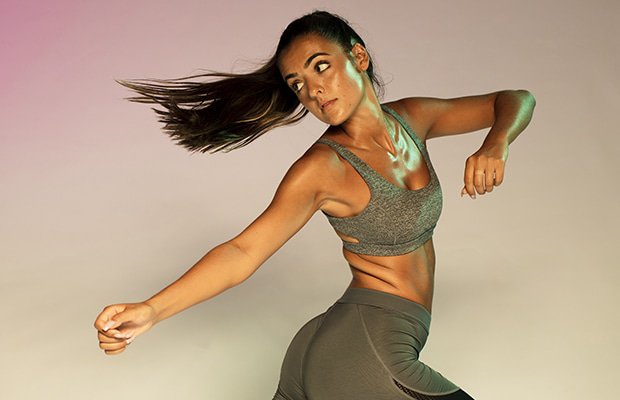 What’s the first thing that comes to mind when you think about the words twitch and muscle? Spasms, perhaps. You’d hardly be alone in thinking that.

But when it comes to fitness, it’s most commonly associated with fast-twitch and slow-twitch muscles, the two main types of muscle fibres that are activated whenever you exercise, or just move in general.

Let’s start with slow-twitch muscles, which are technically called Type I muscle fibres (MFs). They are the first line of recruitment when a muscle contracts, according to the American Council on Exercise (ACE). They are also able to create their own energy using oxygen, making it possible to sustain a lower level of force for an extended period of time.

And, because we have Type I and Type II muscle fibres at opposite ends of the spectrum, we of course need a middle-of-the-road kind of guy. That’s where your hybrid muscle fibres come in. These are called into action when transitioning between Type I and Type II, and are found in greater amounts amongst cross-trained athletes that are known to consistently train in both aerobic and anaerobic exercise, says George Bristow, a certified strength and conditioning coach at Platform Strength in Denver.

Phew, that was a lot of science! To break it down for easy reference, use this guide:

Or, here’s another way to think about it: Long-distance runners (hey, marathoners!) often call on slow-twitch muscle fibres, yet CrossFitters switching their duration and intensity are engaging hybrid MFs, Bristow says. Meanwhile, a sprinter launching off the block is using fast-twitch MFs.

How Can You Train Your Fast-Twitch Muscle Fibers?

The good news is that muscle fibres can be super respondent to training — and vice versa, Bristow says. “Everybody has every type of muscle fibre in their body, but each person has their own unique composition of those muscle fibre types,” he explains. And while Bristow says you don’t lose muscle fibres the way you can bone density, for example, fast-twitch muscles can convert to hybrid or slow-twitch over time if they’re not trained properly.

You can do so by incorporating high-force output movements, or short resistance exercises that require lots of power into your workouts, says Albert Matheny, co-founder of SoHo Strength Lab in New York City. Examples include plyometric box jumps, hard-and-fast sprints, and one-rep max lifts on a variety of exercises (like your bench press, deadlift or front squat).

“As people age, they tend to decrease exercises that involve high and fast-force output, resulting in fast-twitch fibers converting to slow-twitch.”

One common misconception about fast-twitch muscles is that you lose them as you get older. But Bristow says that’s just not the case. “Age does not determine muscle fibre composition, but it does often determine training type,” Bristow says. “As people age, they tend to decrease exercises that involve high and fast-force output, resulting in fast-twitch fibres converting to slow-twitch.”

To stay on top of that “use it or lose it” situation, Matheny says that two, maybe three sessions is the ideal amount of weekly training time to devote to building power. In between each session, you need to rest — seriously.

“Explosive training has the highest load on your central nervous system, which requires a longer recovery time,” Bristow adds. “Because of that, it’s important to allow 72 hours in between sessions for each muscle group involved.” So, if you’re training lower body on Monday, wait until Friday for another leg day, for example. Same goes for your upper body, btw.

This article was originally published on www.womenshealthmag.com