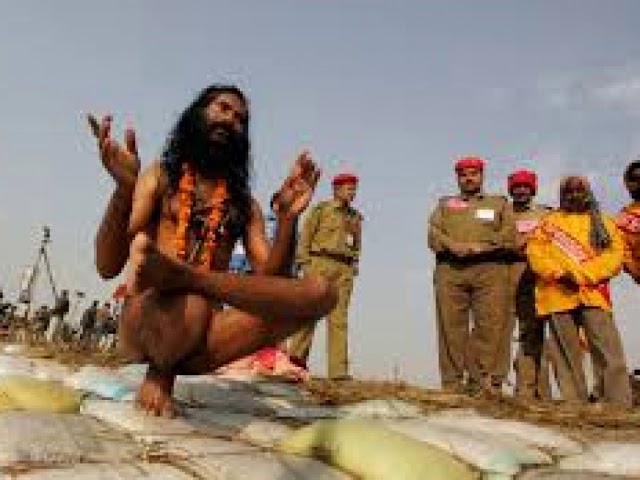 There were no yogic postures, when rishi Patanjali codified the aphorisms of yoga popularly known as “Yogsutras of Patanjali.” Yogic postures came into existence much later. When the followers of tantra/ mantra started observing the postures of animals, they incorporated these postures of animals into the classical tradition of yoga. In ancient times, yogi Gorakhnath and Matsyendranath played a stellar role in devising the yogic postures. In recent times, B.K.S.Iyengar is credited with developing and systematising the yogic postures on a gigantic scale. For instance, when the followers of tantra saw the dogs stretching to their full potential, they created ‘adho mukh shwan asan’ or downward dog pose; when they saw the rabbits, they devised ‘shashank asan’ or rabbit pose; when they saw the cats contorting their bodies in a specific manner, they created “marjari asan” or cat pose and so on and so forth. Thus, flora and fauna became the inspiration behind the birth of these classical yoga poses. There are 84 basic classical postures or asanas in yoga but they have several variations too. In the contemporary world, nearly 400 yogic postures are being practised globally. Whenever you perform a yoga posture, you exert a lot of pressure on one of the endocrine glands in your body and in this process, the secretion of endocrine glands becomes normal and regular in your body as all the endocrine glands are porous in nature. When you do yoga postures regularly, your bone density increases and all the organs of your body start functioning at their optimal level. Regular yoga practice makes your skin radiant and your entire body becomes supple and flexible. When you do the postures diligently, you shed the unnecessary flab and attain a symmetrical body. The performance of yogic postures on a regular basis calms the body and mind both as there is a direct link between your body and mind. Endorphins, which are feel good hormones, are released directly into your bloodstream and you experience an indefinable bliss. Yogic postures induce strength, agility, stamina, flexibility, endurance etcetera into your entire being. Synchronisation of yogic postures with the corrrct breathing pattern increases cardio– respiratory endurance and cures respiratory ailments. Surya namaskar, a series of 12 yogic postures, is the most perfect and powerful exercise in the world. Yoga is as old as the Himalayas. It is difficult to pinpoint when it originated as Patanjali’s yogsutras don’t describe any yogic technique. The emblem of a seated yogi has been found on the seals found in Mohenjodaro. Patanjali stated that the main purpose of yoga is to sit down comfortably in padmasan and meditate—–” sthiram sukham asanam”. Patanjali gave us the sutra or the thread and every yoga exponent creates a garland of his choice by selecting certain yogic techniques, which suit his purpose. Presently, there are several styles of yoga in the world but all of them aim at giving holistic health to the practitioner. Yogasan or the yogic posture is the third limb of Ashtanga yoga; it is a part of bahirang yoga or external yoga but it’s sustained practice opens the doors of antaranga or internal yoga and eventually, leads one to a state of samadhi or final merger with the absolute. Yoga is an answer to almost all the ills of humanity. ” sarve bhavantu sukhinah, sarve santu niramayah”—— let everyone be healthy, happy and disease— free. In a nutshell, Yoga is an elixir of life.