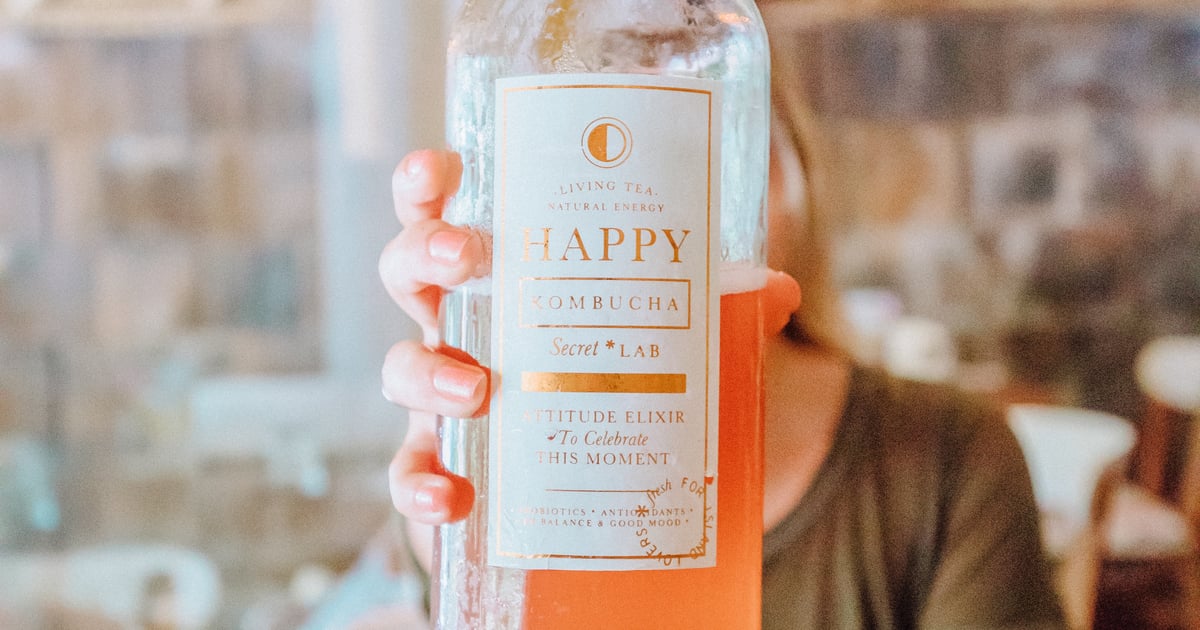 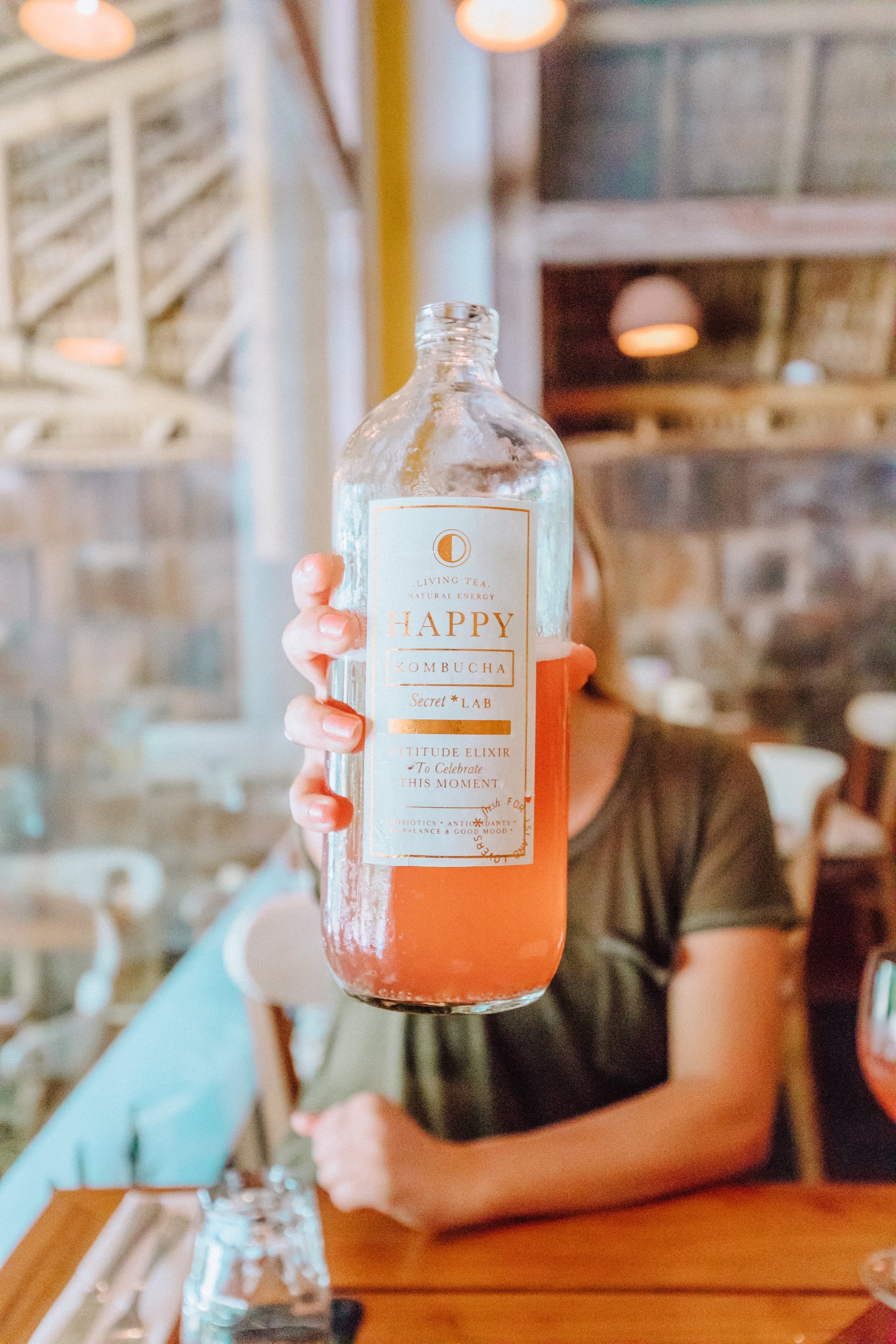 I’ve struggled with constipation since college. For some reason, using the bathroom became a bit of an ordeal once I started living on my own. In the years since, I’ve tried everything to help me go: I’ve drank prune juice, eaten a diet high in fiber, taken stool softeners, and even ingested a daily prescription that my family physician thought might help. Typically, I still felt plugged up. Or, if a remedy did work, like that prescribed medicine, it worked too much . . . if you know what I mean. Finally, my best friend and dietitian urged me to try drinking kombucha.

“Oh, stop it,” she said. “There are so many different flavors now. Trust me, try it.”

If the probiotics and prebiotics in kombucha could help my digestion, I was willing to give it a shot.

She was right. I found a plethora of different brands and flavors in the organic aisle of the grocery store later, though I was a little flabbergasted by the $3.50 cost of each bottle. I grabbed a handful to try: watermelon, berry, and strawberry-lemonade. To my surprise, they all tasted just fine. It wasn’t something I’d order in a restaurant, but I’ve tried things that tasted much worse. Plus, if the probiotics and prebiotics in kombucha could help my digestion, I was willing to give it a shot. When I got home, I looked at the serving size. All of them said the same thing: two servings per bottle. So I tried to drink half a bottle per day for a week to see if my bowels noticed a difference.

The first couple of days, my stomach felt a little bubbly. At times, it even hurt a bit. However, I made the mistake of drinking the kombucha in the morning after my black coffee, before I had finished cooking breakfast. All I had in my stomach was a bunch of liquid with no food to soak it up. So I’ll take the blame for any discomfort I had.

But even in those first couple of days, I was able to go. It was a start to alleviating my problem, but I still felt uncomfortable. So I kept drinking my daily dose, thinking (and hoping) it would help. Finally, around the fourth day, it did. I started going not once but twice per day. A kombucha miracle! The bloat around my middle began to slowly fade away, and so did any stomach discomfort I felt. Overall, I simply started to feel lighter and better after drinking kombucha. And because of that, I had more energy to tackle my day. It’s amazing how a little drink helped me so much.

I’m so glad my friend insisted I try kombucha. I didn’t even mind hearing her say, “I told you so!,” after the fact. It helps my digestive tract immensely, and because there are so many different flavors to choose from, I don’t mind making it part of my daily routine. Even if that means having to swallow the price.

Machine Gun Kelly Reveals He Attempted Suicide After His Father’s Death
Ashtanga Yoga Foundations – A Guide for Beginners
What happens inside your body when you exercise?
8 Foods Every Skinny Guy Must Eat (BULK UP FAST!)
Toned Arm Workout for Women Over 40