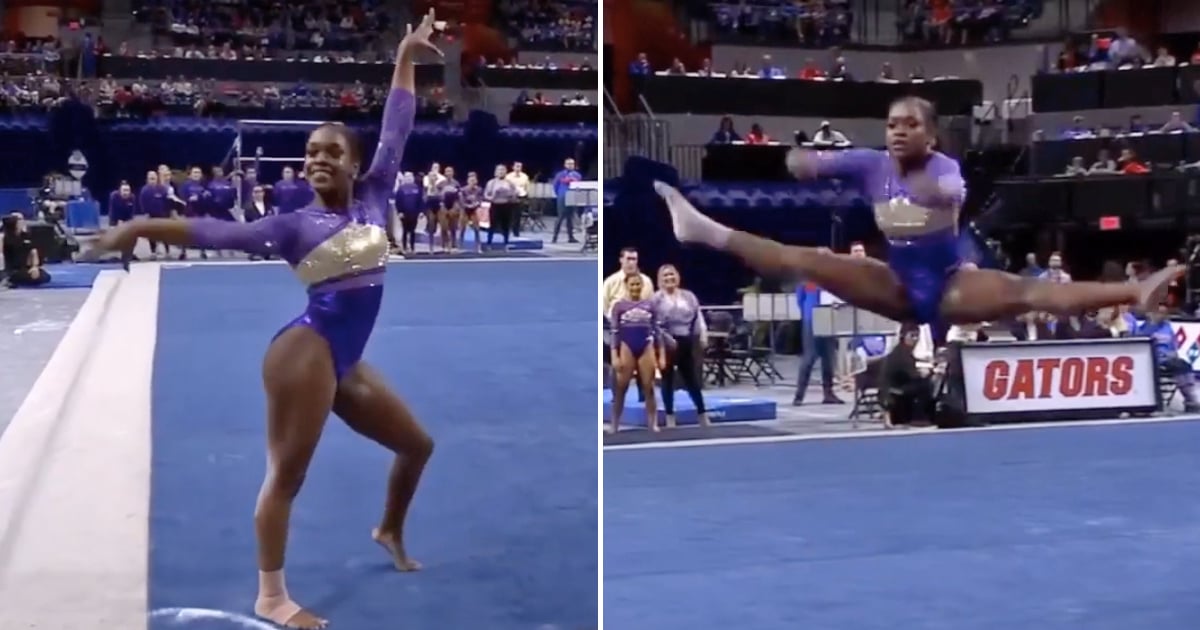 Remember the name Kiya Johnson, she’s making major moves in the gymnastics world. The 17-year-old athlete recently began her freshman season with LSU, and she’s already breaking out as one-to-watch on her team. Case in point: her impressive floor routine. Kiya recently competed with the university in Florida, and her choreography — which is set to “You Should See Me in a Crown” by Billie Eilish — earned a 9.975 score!

She isn’t the first to compete with a Billie soundtrack this season (we saw UCLA’s Gracie Kramer try something similar with a different song), but Kiya’s challenging moves and impossibly difficult landings set her apart. This is just the beginning of Kiya’s collegiate career, so we can’t wait to see what she does next.