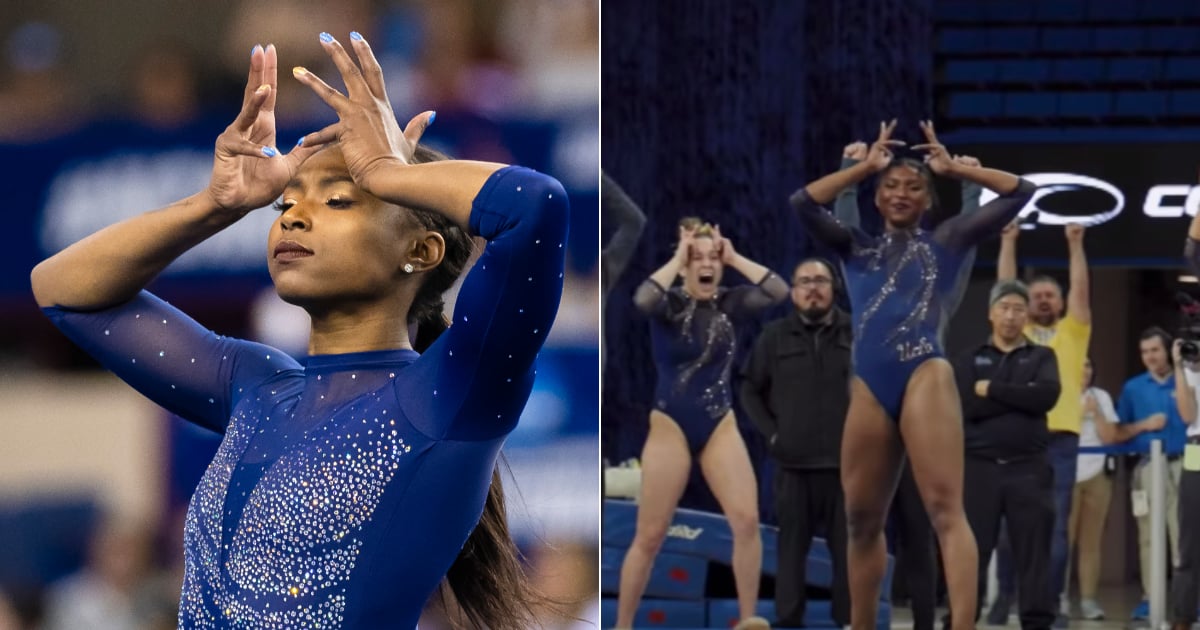 We know that UCLA gymnasts like to have fun — we saw it with Katelyn Ohashi’s internet-famous performances, and coach Valorie Kondos Fields, or “Miss Val,” would call floor the team’s “dance party.” And last week, in case you missed it, UCLA junior Nia Dennis earned a viral crown of her own with her high-energy and high-flying routine that pays homage to Beyoncé’s Homecoming documentary. Note: watch that here if you haven’t already.

UCLA Athletics released a behind-the-scenes video on Feb. 29 that showcases footage leading up to and after Nia’s viral 9.975 performance against Utah a week prior. For one, we find out that it was actually Nia’s 21st birthday at the time (cheers to you!), we see Nia’s teammates hyping her up before she walked out to the floor, and we’re given some insight from Nia herself on why UCLA is so blatantly entertaining to watch.

Nia spoke to the camera during a break from competition warmups, saying that the team has been especially vulnerable this year. She explained that they “really have that foundation of trust, the most trust we’ve ever had.” From an outsider’s perspective, that’s incredibly important given that this is the first year without Miss Val leading the charge — she retired after last season and gave the reins to longtime associate coach Chris Waller.

That trust is displayed on screen when Nia’s teammates, including 2016 Olympian Madison Kocian, are seen giving her a pep talk before her floor routine. “That allows us to be free,” Nia added of their bond, “and that’s when we do our best anyways. We just go have fun and fly.” Watch the full behind-the-scenes video above, and get ready to fly with Nia. We hope you’re not afraid of heights, because she soars.