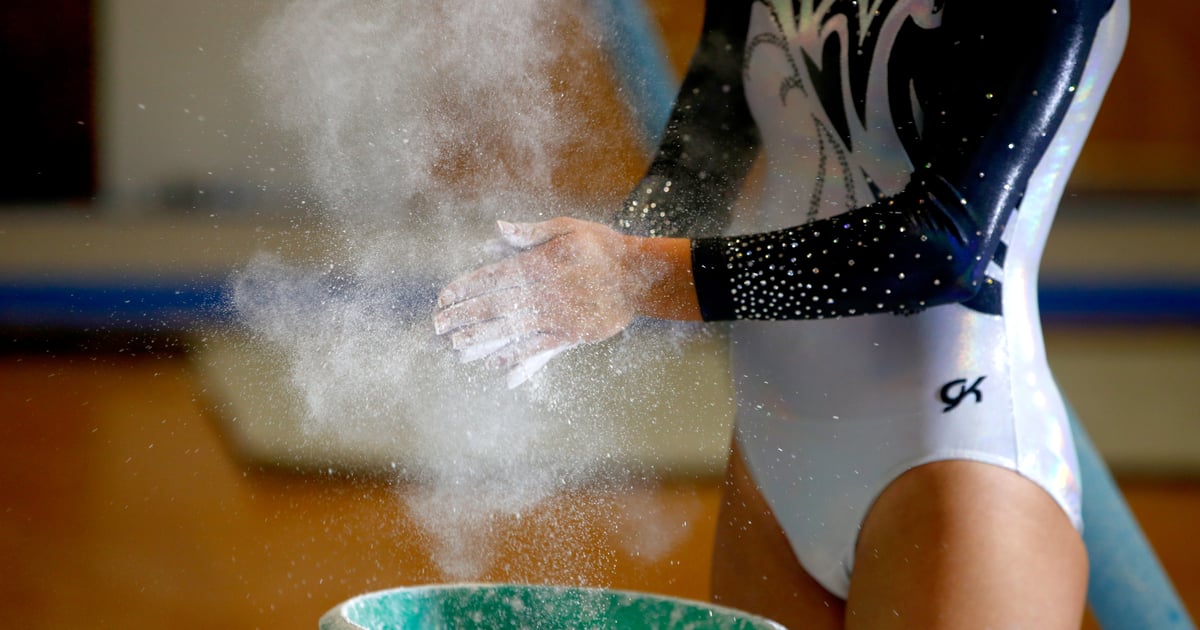 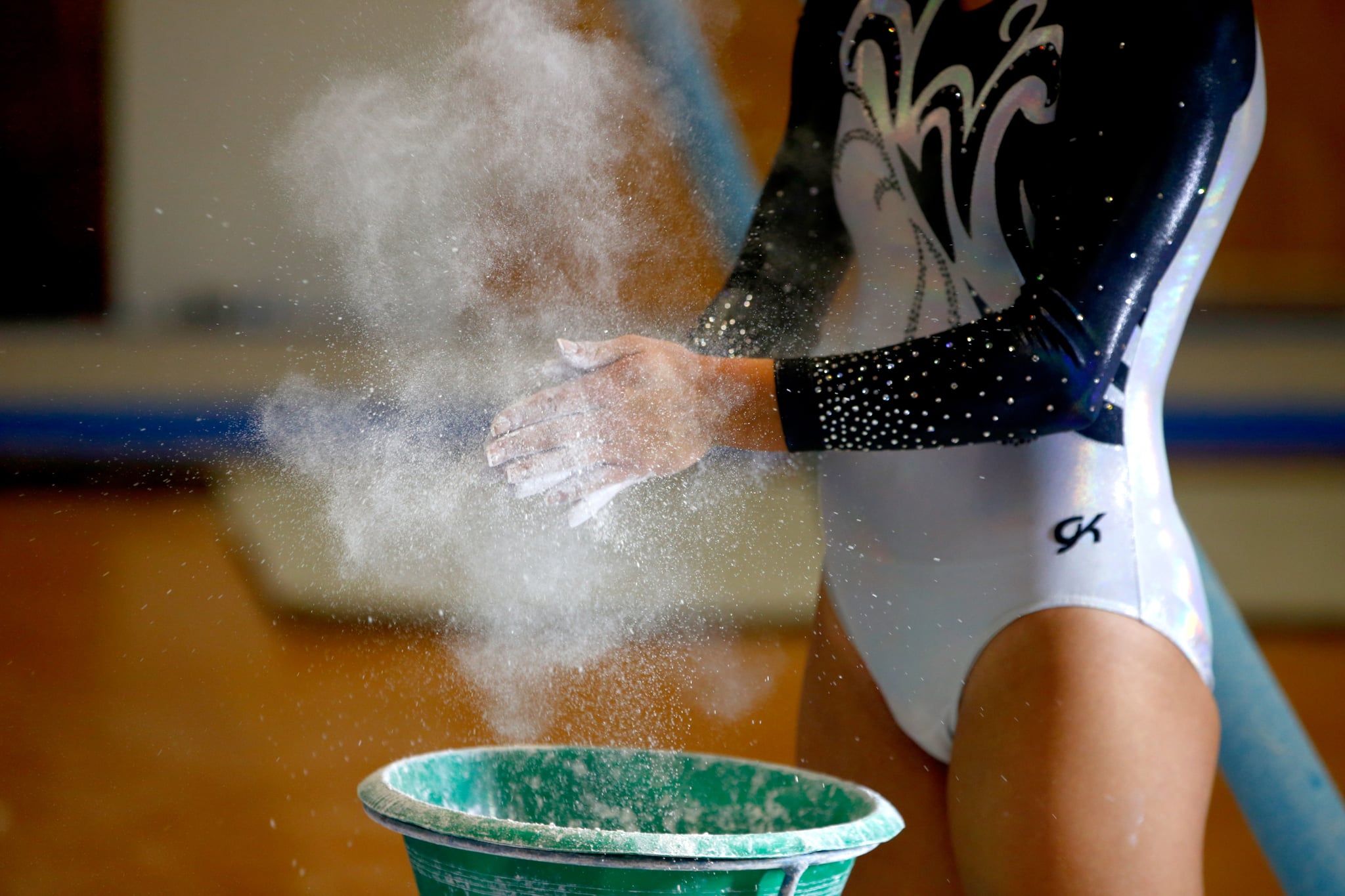 It’s an image you’ve seen plenty of times before: just before beginning a routine, a gymnast dusts their hands with a white powdery substance. If you’ve ever been curious about what that powder is or why it’s used, we’ve got answers! Usually just referred to as “chalk,” the substance is crucial to helping top-tier gymnasts perform at their best.

Gymnasts’ chalk is an inorganic salt, magnesium carbonate (chemical formula MgCO3). The most popular and visible form is the dusty powder you’re used to seeing during gymnastics meets, but it also can come in solid blocks or even liquid form. Essentially, the chalk is used for two main purposes. First, it absorbs the sweat off of gymnasts’ hands, helping them keep a better grip on apparatuses such as the parallel or uneven bars. Second, it actually decreases the friction between the hands and the apparatus, allowing gymnasts to move more smoothly on the bars and avoid friction-related injuries.

As you might have noticed, gymnasts don’t just use chalk on their hands. For example, female gymnasts will often use chalk on their feet as well as their hands before performing a routine on the balance beam. Again, it’s much for the same reasons: to absorb sweat and assist with grip and movement. Using the substance is completely within the rules of gymnastics and is an expected part of most gymnasts’ performances.

Although most gymnasts stick to the traditional chalk powder, a few of them have more unusual choices to assist their grip. A 2012 Wall Street Journal article revealed one gymnast used honey mixed with chalk, while others have used golden syrup or, on one particularly unusual occasion, melted-down gummy bears. Surprisingly, those substances aren’t against the rules either, as long as it doesn’t leave a mess behind.