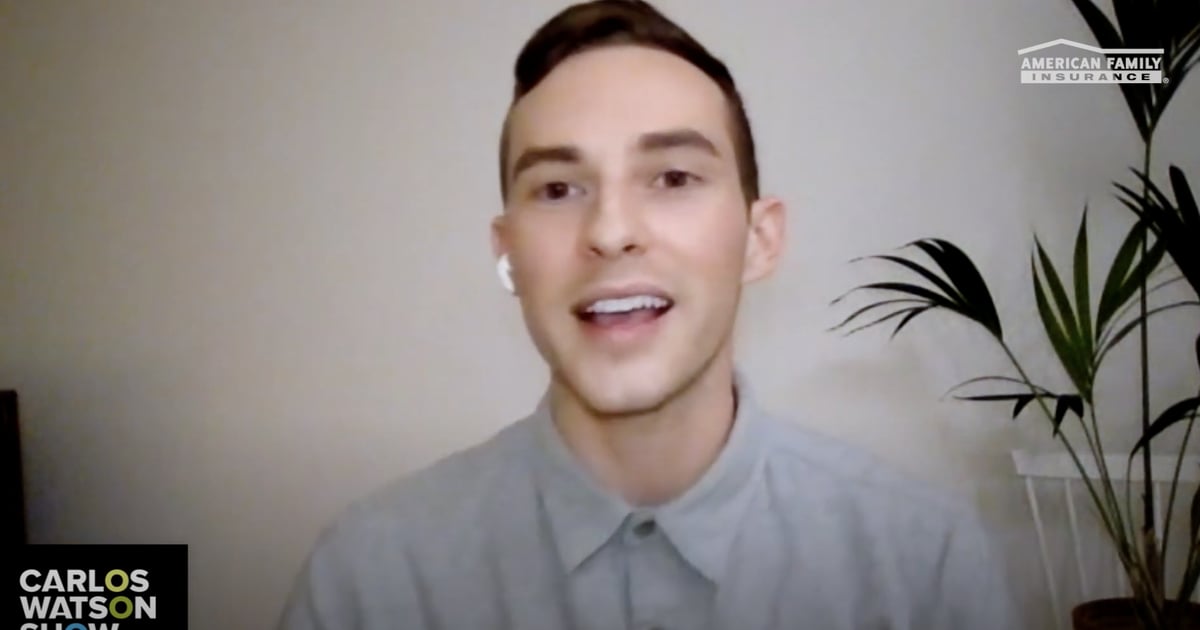 When we think of Adam Rippon, we remember his incredible athleticism, magnetic personality, and seemingly unflappable confidence, both on and off the ice. But the Olympic figure skater wasn’t always so fearless, he revealed in an interview today on The Carlos Watson Show. In fact, for many years before his Olympic breakthrough, Rippon dealt with extreme nerves and imposter syndrome. “Other people think that I can do it, but I really can’t do it,” Rippon remembered thinking.

That changed when he learned that Beyoncé (yes, the Beyoncé) also struggled with nerves but had learned to deal with them by creating a stage persona for herself, Sasha Fierce. When the anxiety struck, the singer would remind herself that Sasha Fierce could do whatever she was about to do. She would channel that strength and confidence to get over her own fears.

“I was like, I can just be like Adam Rippon,” he said. “Because I think people around me thought that Adam Rippon can do it, but I was like, I don’t know if Adam can.” His strategy, in other words, was to act the way that other people seemed to see him, “until I kind of believed it myself.” Creating that headspace, Rippon said, was a major part of his success over the last few years of his career.

Watch the clip above and see Rippon’s full interview on The Carlos Watson Show.