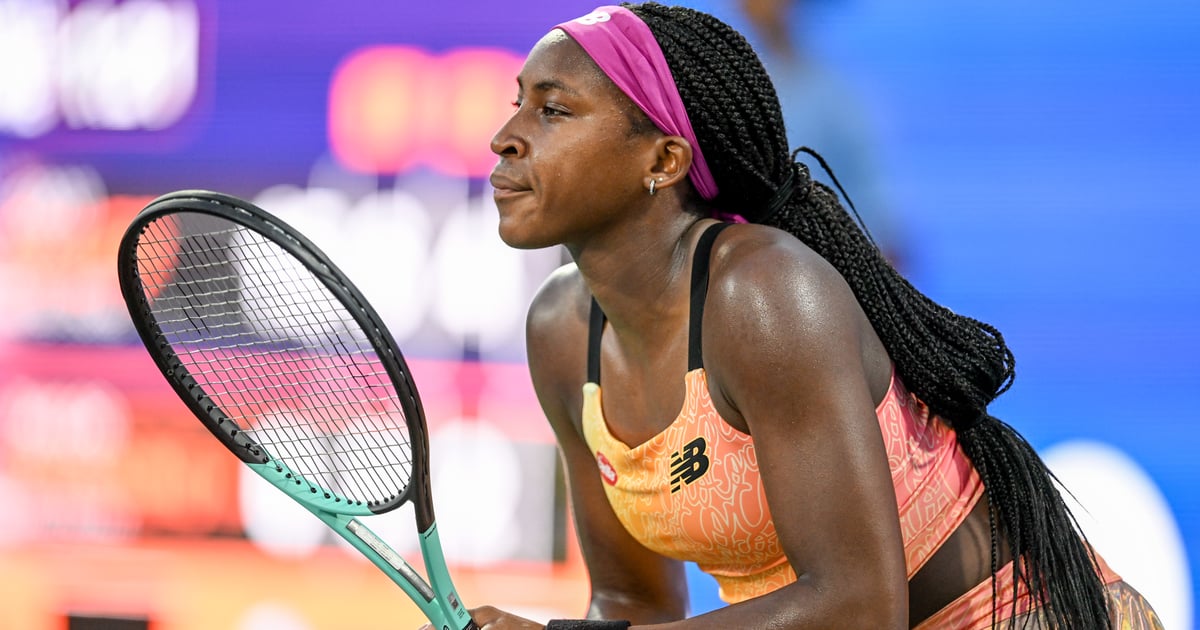 Even pro athletes have workouts they dread doing, and tennis star Coco Gauff is no different. Gauff told POPSUGAR back in September 2021 that she hates planks (absolutely, same) even though she recognizes they’re a great workout for the whole body. Now, thanks to Vogue’s new “24 Hours with Coco Gauff” video, we know she puts yoga in the same category. “I don’t like yoga, but I do it cause I know it’s good for you,” she says in the video (which, fair. I feel the same way about most vegetables).

Of course, Gauff’s routine involves a lot more than yoga. When the 18-year-old took Vogue along for her day, she was in her hometown of Atlanta prepping for a match. She started the day off with some stretching, ab work, tennis drills, and cardio, explaining that she works out about six days a week. “Because I work out so much, when I do have a day off, I don’t want to do anything,” Gauff added. Those infrequent rest days are when she’ll (reluctantly) do some yoga.

Gauff previously told POPSUGAR that her favorite ab move is the dead bug, and we see her doing a few reps of them here, with a mini resistance band around her feet for an added challenge. She also warmed up with a kneeling T-spine rotation, got in some cardio with jump roping and broad jumps, and loosened up with stretches like supine twist, knee-to-chest, and a scorpion stretch. Paired with a few tennis drills, it sounds like a solid workout to us, but this was just a warmup for Gauff. She had a whole match to play later that day at the Atlanta Open.

The stretches and drills are great, but the move I can’t stop thinking about is that dead-bug variation. A regular dead bug is a great ab activation move to do before a workout or any time you’re looking for a little ab burn, but adding that slight bit of resistance really increases the intensity in your core. Trust me: I was intrigued enough to try it myself and can confirm that this move is seriously hard. My abs immediately started shaking, and just keeping my balance in the pose was hard enough, let alone trying to move my feet and arms. Add this one to your routine if you want a serious burn, and then imagine Gauff doing it as a warmup before her workout and a full-on tennis match. Casual.

Watch the video above for the full glimpse in Gauff’s workout routine and match day activities (including a New Balance meeting and lunch with the fam).