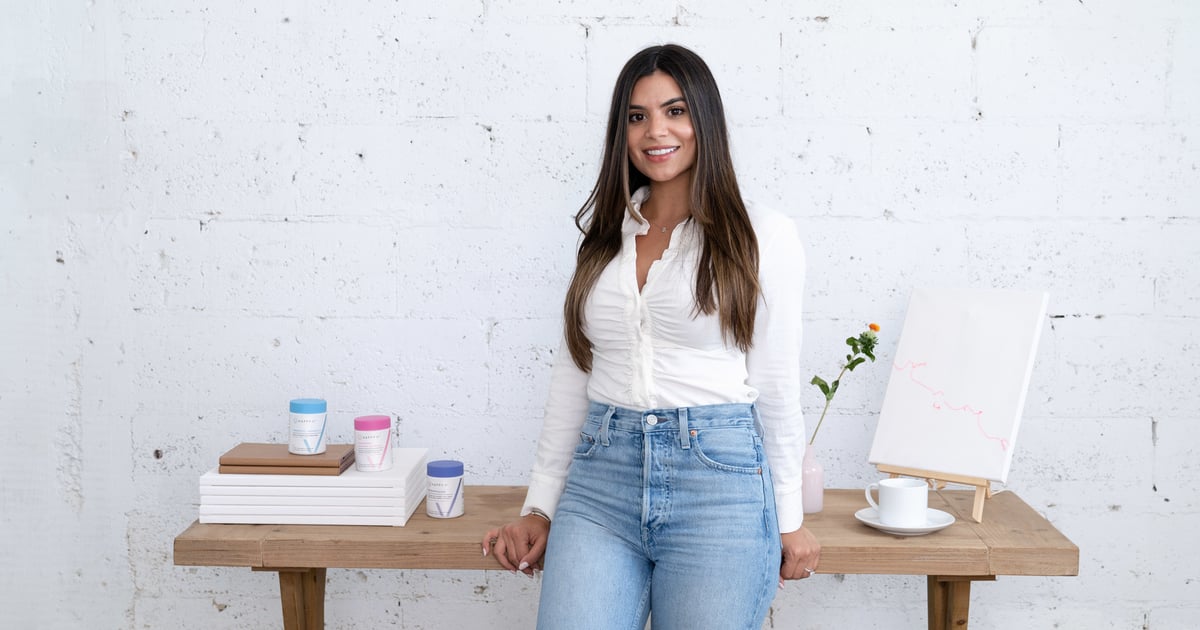 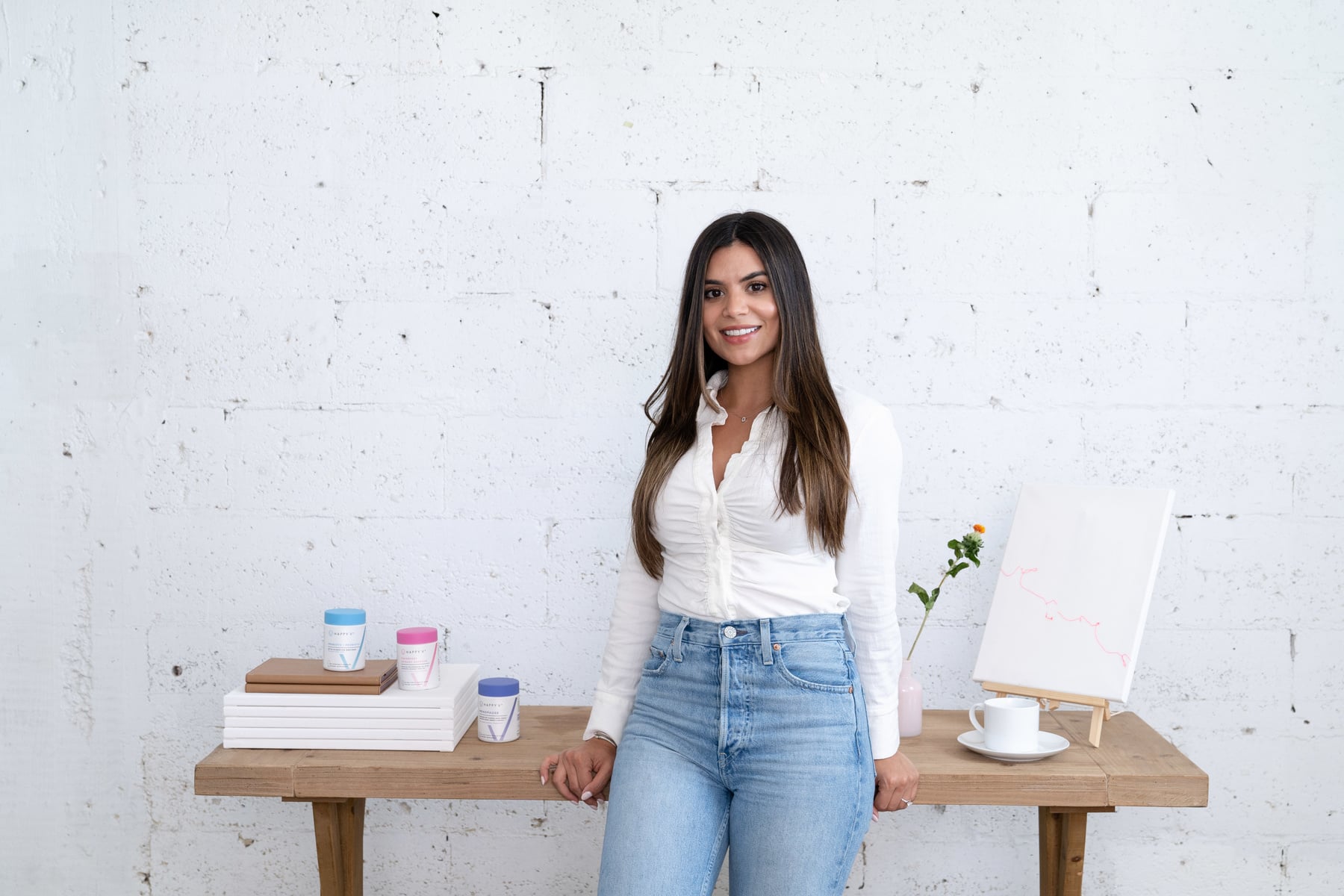 Caring for your vagina should not be treated as taboo. Half of the world’s population (possibly more) has a vagina, so why is it still considered to be such a hush-hush matter — especially within Latinx families? Daniella Levy, founder, and CEO of Happy V asked herself the same question after struggling with vaginal health issues for years. “I began experiencing bacterial vaginosis (BV) seven years ago. Not many people were talking about BV at the time, but it’s actually the most common vaginal infection among women ages 15-44,” she shares with POPSUGAR.

Daniella recalls switching gynecologists five times and going through what felt like an endless cycle of antibiotics with doctors often dismissing what she was experiencing. “The worst part was that I couldn’t talk about it with my friends, partner, or family — which only made me feel more alone and took a toll on my mental health,” she says. Feeling desperate and frustrated, Daniella took on the initiative of doing her research and stumbled across clinical research about natural ingredients. This moment became a turning point for the Latina entrepreneur, as this is what inspired her to launch Happy V. “I wanted to provide effective, safe, and natural products for women like me who were having these experiences and weren’t getting the solutions they needed.”

If you’re unfamiliar with BV, it’s an infection that occurs when harmful bacteria outnumber good bacteria in the vaginal microbiome. It is not a sexually transmitted infection (STI), and it does not mean the person who gets it isn’t clean, as is often assumed. Nonetheless, she points out that BV can increase your risk of getting an STI, such as chlamydia if left untreated. She adds: “Bacterial Vaginosis is so common because so many things can trigger it at any given moment; Diet, sex, wearing synthetic underwear, your menstrual cycle, medications, tight sweaty clothing, scented personal hygiene products, birth control like the IUD, medical conditions such as diabetes, and different life stages like pregnancy and menopause due to a shift in hormones.”

“There was this perception that if you had a vaginal infection, you weren’t taking care of yourself. It’s critical that people understand that vaginal infections are normal and they’re not entirely associated with sex or hygiene.”

“The vagina contains its own ecosystem where bacteria and yeast live in harmony, but when something disrupts that ‘balanced’ environment, that’s when your pH can skew above 4.5 and become more alkaline,” Levy further explains. “When your vagina’s pH is above 4.5, that’s when lactobacillus (good bacteria) becomes less efficient, cannot thrive in the vaginal microbiome, and when it allows anaerobes (harmful bacteria) to colonize the vagina, creating their toxins and symptoms of BV.” As for symptoms, they vary from person to person and include unusual vaginal discharge, unusual foul odor, thin greyish or greenish-yellow discharge, itch, and pain when urinating.

Daniella’s primary mission was to create natural and non-toxic solutions with products such as Prebiotic + Probiotic ($38.99), Menopause Relief ($34.99) Liquid Chlorophyll ($19.99) and more. But part of Levy’s mission is to contribute towards a stigma-free world by offering educational content that helps women better understand the effects of BV and feel less alone. “What was really eye-opening to me when I began experiencing bacterial vaginosis was that if I ever brought it up in a conversation, hinting to a girlfriend or family member that I was going through something, their immediate response would be, ‘I’ve never had anything, I’m clean’ or ‘I’ve checked myself twice this year, and I’m clean,'” Levy says. “There was this perception that if you had a vaginal infection, you weren’t taking care of yourself. It’s critical that people understand that vaginal infections are normal and they’re not entirely associated with sex or hygiene.” The Miami-based native informs this influenced her wanting to speak out on all things related to vaginas. “Because it’s important to let people know that this is normal, that it’s okay, and that there are solutions. The more we speak out, the further we’ll break these stigmas and normalize the conversation around vaginal health.”

“In the Latinx culture, conversations about sexual, vaginal, and period health are seen as an off-limits topic.”

If you grew up Latinx, then you know these types of conversations happen even less among our communities. “In the Latinx culture, conversations about sexual, vaginal, and period health are seen as an off-limits topic. And it’s primarily because our culture sees women as ‘pure, angelic human beings that have to save themselves for marriage.'”

But Levy makes the point that millennials and Gen Z are shifting the culture’s view by speaking more openly about these topics. “We must have the conversation about sexual wellness in the Latinx community because, for decades, we’ve been told that we need to keep these conversations to ourselves,” she says. “If young Latinxs are not able to have these conversations, it can lead to negative health outcomes simply because Latinxs don’t understand how important it is to have these conversations.” A successful way to reach the younger Latina audiences has been through social media, more so on TikTok.

“Through our social channels, we’re creating an inclusive, accepting community for women to learn and understand these common health issues so that they feel less alone and know that there are effective solutions like Happy V to help them. Women write to us about how happy they feel like themselves again, have their sex lives back, and appreciate us creating something that actually works after trying so many different products.”

After posting her personal story with BV and health tips for vaginal wellness, Happy V’s content quickly garnered millions of views and likes. “Since then, our videos have continued to reach millions of women worldwide and have opened up conversations on taboo topics. Hundreds of women are sharing their personal experiences with vaginal health issues because Happy V has created a safe space via social media. Happy V’s TikTok efforts are confronting uncomfortable topics, which is a huge step forward in breaking down barriers and eliminating stigmas associated with women’s health.”

Lastly, Levy emphasizes she wants women to shift away from social and cultural norms of viewing their bodies negatively when it comes to sexual health. I want them [women] to know that it’s okay to speak about sexual wellness and that they’re not alone in whatever they’re experiencing with their vaginal and reproductive health. Millions of women in the US are going through similar experiences. If we can unite and have more open conversations about these issues, the better we will be both mentally and physically. In addition, we need to normalize the conversations around sexual wellness, so that the next generation of young women feel empowered to understand their bodies, communicate about them, and continue advocating for change in this category.”